One of the most magnificent monograms I’ve ever seen. If anything, because it is an affront to all of the design rules.

We teamed up with Champions Design to refresh and rebrand the 130-year-old Carnegie Hall in New York City. Jesse Ragan was hired to interpret a variety of Carnegie Hall’s visual assets and historical objects to explore what could be incorporated into a new identity system.

Here is the story of how structural steel beams from Carnegie’s own steel factories became the face of Carnegie Hall’s social media today. 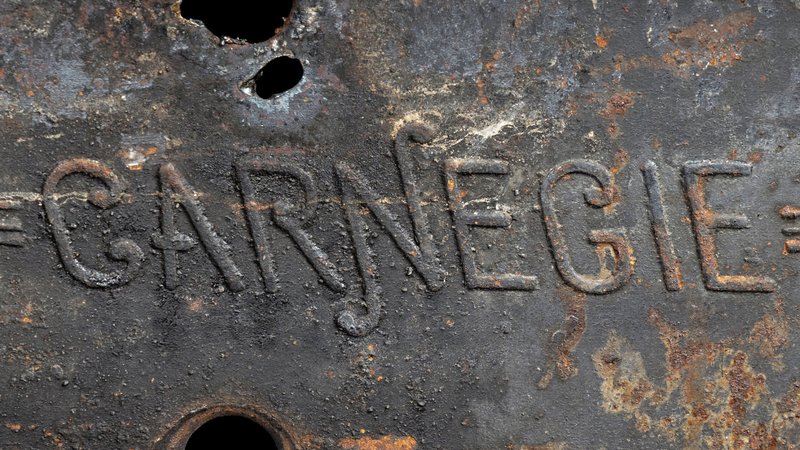 Lettering molded into a steel beam from Carnegie Hall.

As so often happens with projects we work on, there were many historical pieces from Carnegie Hall’s archive that inspired directions for the new identity. Champions Design’s extensive research and the behind-the-scenes tour of the facility led them to focus on the actual steel beams supporting the building itself.

Andrew Carnegie was a steel magnate and one of the richest people in America in the late nineteenth and early twentieth centuries. Toward the end of his life, he pledged most of his vast fortune to philanthropic projects focused on libraries, world peace, and education; he commissioned William Burnet Tuthill to build Carnegie Hall for musical performances in 1891.

Not surprisingly, the building was constructed using the best steel there was: Carnegie Steel from Carnegie’s own factories. In the early 2000s, these steel beams were uncovered during a renovation and it was discovered that the name “CARNEGIE” was molded into the beams in all caps. This sort of historical lettering was the perfect spark of an idea that could not be ignored, and Jesse was tasked with expanding it into a full word mark. 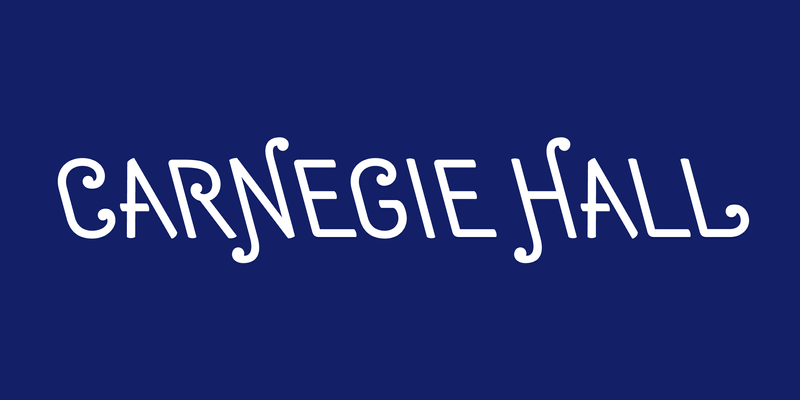 Direct digitization of the steel beam lettering with invented lettering for the word “HALL”.

The process started with a direct typographic interpretation of the steel-beam lettering, traced from a photograph. Jesse made educated guesses as to what the missing letters for the word “HALL” would look like in order to create a full wordmark.

Although this mark was obviously historically tied to Carnegie Hall, the Champions Design team felt that it was a bit too decorative and would distract from the rest of the rebranding. Later on in the project, this word mark became the inspiration for the “CH” monogram, which became a supportive element for the more informal expression of the new Carnegie Hall identity.

Unused options for the CH monogram.

Jesse’s like an extension of our design team … and he’s such a scholar when it comes to type design and typography.

After many rounds of refinement, Jesse was able to fine-tune the CH monogram to give it a sense of playfulness with just a touch of reference to musical notation. These small details—embellishing the ball terminals, tweaking the join between the stems and terminals, and adjusting the length of the swashes—gives the monogram vitality and flexibility as part of the larger brand identity.

Through this process, the CH monogram became part of the larger Carnegie Hall rebranding, which deftly combined a custom logotype drawn by Fred Shallcrass of Frere-Jones Type into a flexible identity that refreshed the visual expression of the famous hall and its place in musical history.

This new monogram becomes a digital component that’s so key to how Carnegie Hall is able to communicate across social media and even more informal circumstances, such as merchandise.

Now, the CH that was once on a steel beam is a CH that is the Twitter icon, which is meaningful because the history of the place is meaningful to the experience. 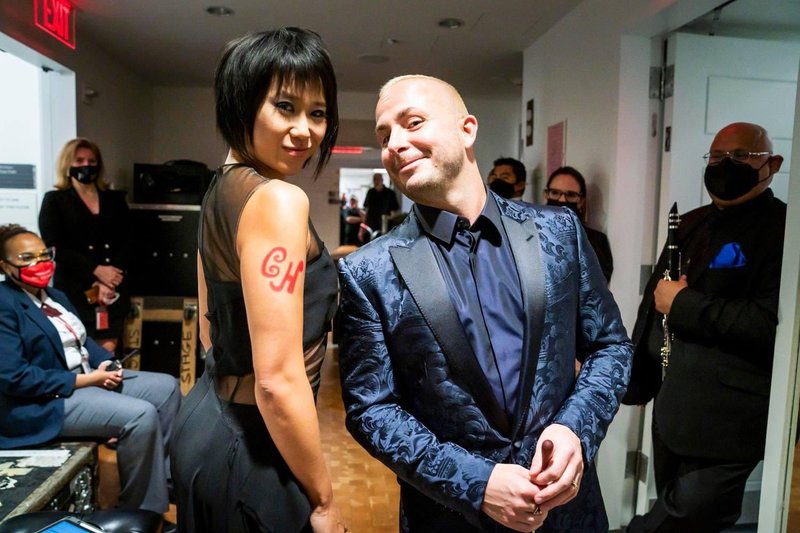 Pianist Yuja Wang with conductor Yannick Nézet-Séguin at the first in-person concert after the pandemic shutdown. Note the monogram drawn on her shoulder! Photo via Yuja Wang’s Twitter account.

The rebranding of Carnegie Hall took place during the COVID-19 pandemic, which shut down Carnegie Hall for live events. After 572 days without in-person performances, the Hall welcomed audiences back for an Opening Night Gala on October 6, 2021.

Classical pianist Yuja Wang joined conductor Yannick Nézet-Séguin and the Philadelphia Orchestra to play piano on Carnegie Hall’s iconic stage—with a hand-drawn CH monogram on her shoulder. If this isn’t a symbol of the exciting rebirth of Carnegie Hall, we aren’t sure what is.